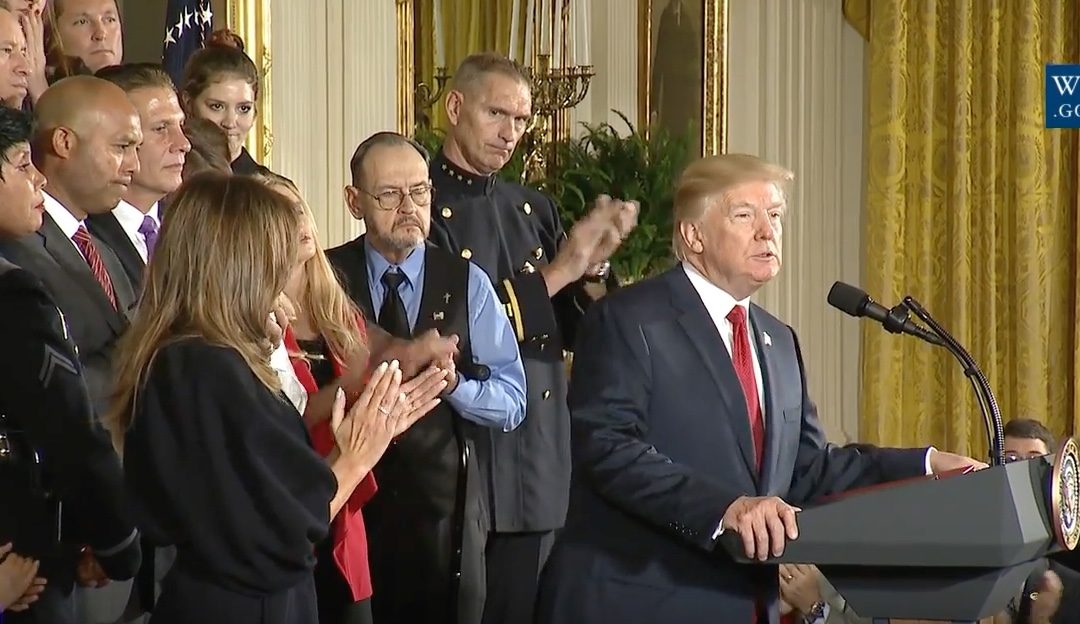 The United States’ rates of drug use, abuse and addiction have become a “national public health emergency” that the country can overcome with the combined efforts of more Americans who are determined to prevent and end the scourge, President Donald J. Trump announced today.

Speaking at the White House with First Lady Melania Trump, the president put the country’s addiction epidemic — specifically as it relates to the misuse of opioids — into perspective and outlined some specific steps his administration will take in coming weeks and months to address it.

Though he called the country’s addiction epidemic a “national public health emergency,” the President stopped short of announcing new federal spending to address it. However, drug policy experts were quick to note decisions regarding new funding could follow a report expected next week from President Trump’s appointed Commission on Combating Drug Addiction and the Opioid Crisis. The panel of experts charged with issuing the report, chaired by New Jersey Gov. Chris Christie and including Harvard professor Bertha Madras and former U.S. Rep. Patrick J. Kennedy, will detail the nature and scope of the country’s drug epidemic and make recommendations about how to combat it. After reviewing and evaluating the commission’s findings, the president said he would “move to implement appropriate recommendations.”

However, based on preliminary findings the commission already has announced and federal reports from the White House Office of National Drug Control Policy and National Institutes of Health, President Trump announced that his administration already is taking action. Among those measures:

From DrThurstone.com: Opiates and the opioid epidemic

From the President’s Commission on Combating Drug Addiction and the Opioid Crisis: