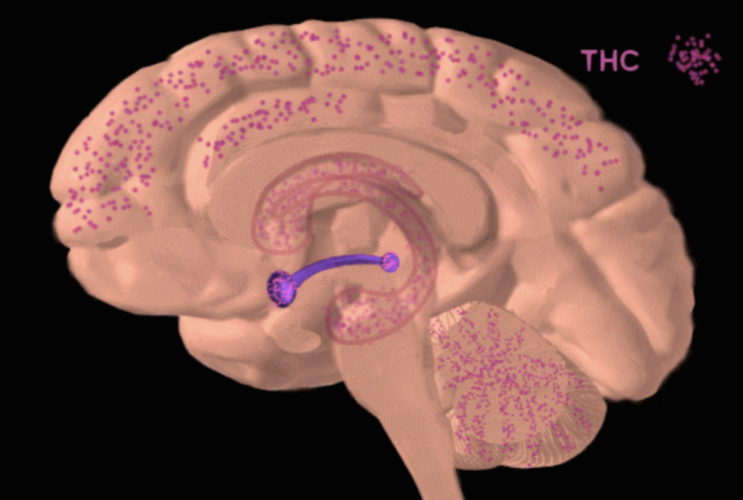 Chronic marijuana users have less gray matter in the orbital frontal cortex, a region of the brain that the Los Angeles Times accurately describes as “a key node in the brain’s reward, motivation, decision-making and addictive behaviors network.”

The findings, reported by researchers at the University of Texas’ Center for BrainHealth and the Albuquerque-based Mind Research Network, are published in the prestigious Proceedings of the National Academy of Sciences.

“What’s unique about this work is that it combines three different MRI techniques to evaluate different brain characteristics,” Dr. Sina Aslan, founder and president of Advance MRI, LLC and adjunct assistant professor at The University of Texas at Dallas, told the Center for BrainHealth. “The results suggest increases in connectivity, both structural and functional, that may be compensating for gray matter losses. Eventually, however, the structural connectivity or ‘wiring’ of the brain starts degrading with prolonged marijuana use.”

Researchers say the age of onset — meaning the age at which someone starts using marijuana — and duration of use have unique effects on brain development. Some of the brain differences they observed in regular marijuana users are differences that already have been reported in studies of mice.

The researchers studied 48 “chronic” users and 62 non-users matched by age and gender. They also controlled for tobacco and alcohol use. The researchers defined chronic users as people who used marijuana at least four times a week — and participants in their study consumed the drug an average of three times a day. (Side note: still more evidence that marijuana is addictive.) Subjects were an average age of 28 to 30 years old.

Researchers found in chronic users smaller gray matter volume and greater structural and functional connectivity directly correlated to the severity of marijuana use. The more intense “connectedness” could be the brain’s way of compensating for the shrunken gray-matter regions.

“To date, existing studies on the long-term effects of marijuana on brain structures have been largely inconclusive due to limitations in methodologies,” said Dr. Filbey. “While our study does not conclusively address whether any or all of the brain changes are a direct consequence of marijuana use, these effects do suggest that these changes are related to age of onset and duration of use.”

More research is needed to determine whether: