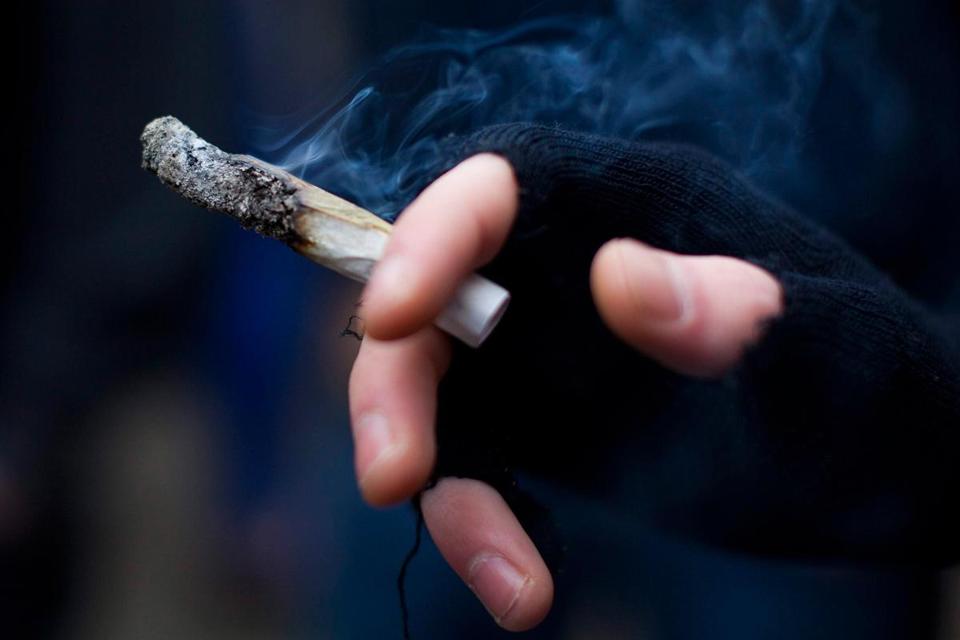 A groundbreaking, new study, published April 16 in the Journal of Neuroscience, is consistent with research showing that the more marijuana people use, and the earlier they start using the drug, the more likely they are to harm what one researcher said is “part of the brain you do not want to mess around with.”
This study is especially important because it shows even casual, recreational users are not immune from developing brain abnormalities.

Here is a round-up of news coverage explaining the study’s findings, some of the researchers’ assessment of those results and reaction from other medical experts:

NBC: “Two neural regions key to emotions and motivation become misshapen or abnormally large after repeated pot smoking, scientists reported Tuesday. They call their study the first ‘to show casual use of marijuana is related to major brain changes.’

“’Anytime you find there’s a relationship to the amount of marijuana consumed, and you see differences of core brain regions involved in processing of rewards, the making of decisions, the ability to assess emotions, that is a serious issue,’ said Dr. Hans Breiter, professor of psychiatry and behavioral sciences at Northwestern University Feinberg School of Medicine and a study co-author.

“’When we saw that there was a consistent abnormality, and that it was directly related to the amount of cannabis one took in, it gave us some significant pause,’ Breiter said. ‘Seeing these differences raises a cautionary flag that we need to do more research.’”

USA Today: The study found volume, shape and density changes in two crucial brain areas — the nucleus accumbens and the amygdala — involved with emotion and motivation and some types of mental illness. ‘This is a part of the brain you do not want to mess around with,’ Breiter said.

The Economist: “The amygdala helps regulate and process emotions (such as craving) and emotional memories. The nucleus accumbens helps assess what is bad or good (such as a drug-induced ‘high’) in a person’s environment, and makes decisions based on that. Physiological changes to these regions could therefore mean that an individual’s ability to make pleasure-related decisions — such as deciding to stop smoking pot — may be impaired.”

Science Daily via Northwestern University: “Of particular note, the nucleus acccumbens was abnormally large, and its alteration in size, shape and density was directly related to how many joints an individual smoked.

“‘One unique strength of this study is that we looked at the nucleus accumbens in three different ways to get a detailed and consistent picture of the problem,’ said lead author Jodi Gilman, a researcher in the Massachusetts General Center for Addiction Medicine and an instructor in psychology at Harvard Medical School. ‘It allows a more nuanced picture of the results.'”

“The study results fit with animal studies that show when rats are given tetrahydrocannabinol (THC), their brains rewire and form many new connections. THC is the mind-altering ingredient found in marijuana.

“‘It may be that we’re seeing a type of drug learning in the brain,’ Gilman said. ‘We think when people are in the process of becoming addicted, their brains form these new connections.'”

The Economist: Earlier studies have focused only on (how) tetrahydrocannabinol (THC, the main psychoactive component of pot) affects the brains of animals or intensive, dependent human users —- and found evidence of impaired learning, memory, attention and decision-making. But those studies did not consider the effects of casual use.

“Those effects appear to be significant. Dr Breiter and his team used high-resolution MRI scans to examine the brains of 20 young people aged 18 to 25 years old who smoked pot recreationally—but who were not, according to psychiatric testing, addicted to it. Twenty pot-free controls in the same age range were also studied, and all participants were closely matched in terms of age, sex (nine males and 11 females in each group), race and years of education. Each pot user was asked to estimate how much, and how often, they used the drug over a three-month period. And everyone was rated for cigarette and alcohol use—pot smokers drunk more —- and the study controlled for these.”

Washington Post: “In the brains of marijuana users, natural rewards are less satisfying.

“’Drugs of abuse can cause more dopamine release than natural rewards like food, sex and social interaction,’ said lead author Jodi Gilman. ‘In those you also get a burst of dopamine but not as much as in many drugs of abuse. That is why drugs take on so much salience, and everything else loses its importance.’”

“‘Some of these people only used marijuana to get high once or twice a week. People think a little recreational use shouldn’t cause a problem, if someone is doing OK with work or school. Our data directly says this is not the case.'”

The Economist: “All this matters because both scientists and policymakers continue to distinguish between ‘heavy, addictive use’ and ‘recreational use’ among the 19 million Americans who, according to the National Survey on Drug Use and Mental Health, report recent marijuana consumption. A similar distinction is made by other countries, too. The new research suggests that this is at least a shaky line to draw, as even modest recreational pot-smoking seems to set the brain on a path to addiction—and perhaps to other types of cognitive impairment found in earlier studies. The same, of course, goes for alcohol and tobacco, but the risks there are widely advertised.

Indeed, when responding to USA Today about another study that found a decline in IQ points among people who used marijuana regularly, Francis Collins, the director of the National Institutes of Health, said recently people should be more aware of these potential brain impacts.

“Perhaps it would be better if … there was a little bit more recognition of that particular consequence,” he told the news organization.

According to The Economist, Dr. Breiter worries “the rush to promote recreational use is reckless, and that not enough thought is being given to the balance between costs and benefits.”