‘People are voting without knowledge’ 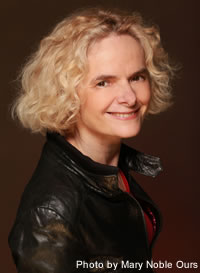 There is no debate: marijuana is addictive and harmful to brain development, and current trends showing increased use among adolescents are profoundly troubling, Dr. Nora Volkow, director of the National Institute on Drug Abuse, told thousands of people gathered last week in Washington, D.C., for an annual meeting of the Community Anti-Drug Coalitions of America, or CADCA.

“People are voting without the knowledge,” she said. “And we have to counter investments of individuals wanting to change the culture and (promote beliefs that) it’s a safe drug.”

One of the chief arguments launched by supporters of marijuana legalization is that regulation will keep the drug out of kids’ hands — but Volkow made clear the opposite is happening. As access has expanded for adults, it also has increased for American youth, she said, referring in part to the University of Michigan’s 2013 Monitoring the Future report, which found that use rates are up among 8th, 10th and 12th graders and that 6.5 percent of American high school seniors report using marijuana daily — up from 2.3 percent in 1993.

“Those drugs that are most frequently used are the ones that are legal — and that is not because they are the most pleasurable or the best drug,” Volkow said. “They are the most frequently used because of their legal status, and that has a profound effect on the willingness of some individuals to engage in behaviors that otherwise they wouldn’t do because of the legal nature of the drug.”