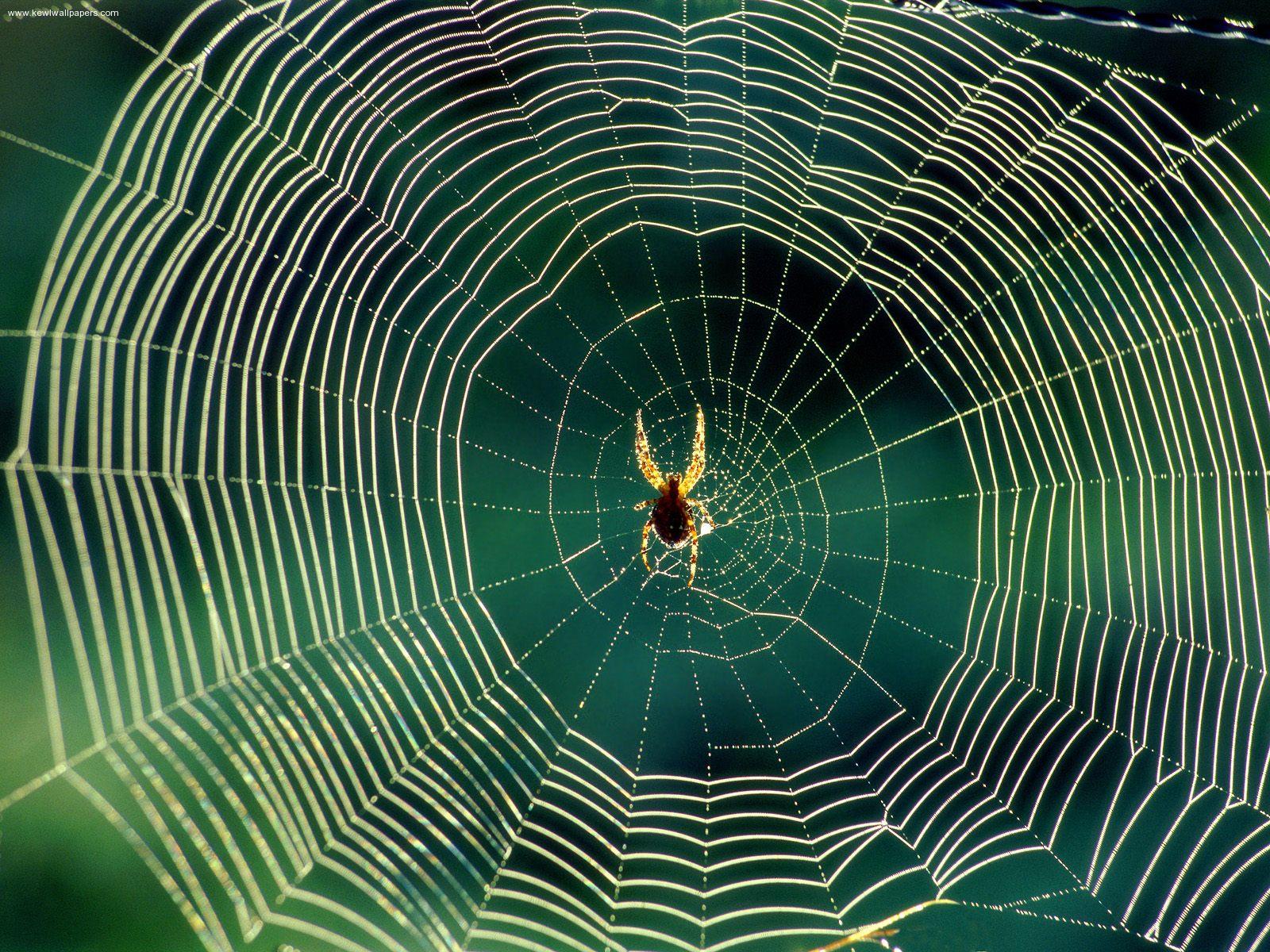 First, please let me be clear:

It  is admirable that so many compassionate and well-meaning people are moving quickly to help children — and, by extension, their families — struggling with intractable epilepsy.

But there is a right way to help and a wrong way to help. The right way seeks to advance treatment based on the rigors of responsible science and with careful regard for the interests of public health and safety. The right way is transparent, accountable and complies with the requirements of both state and federal law — regulations firmly established to protect consumer safety. The right way looks a lot like the research with CBD oil approved recently by the states of Georgia and New York.

Unfortunately, the wrong way looks a lot like many of the CBD oil bills state lawmakers are approving these days. As Dr. Nora Volkow, director of the National Institute on Drug Abuse recently said, “People are voting without knowledge.”

It doesn’t help that the general public is awash in news reports and what amount to marijuana-industry-funded marketing campaigns centered on a CBD oil product commonly called “Charlotte’s Web.” There are anecdotal stories about how this substance has helped children with intractable epilepsy dramatically — foremost among them, Charlotte Figi, the Colorado girl after whom the product is named.

However, there are things about this substance that must be made clear — and firmly underscore why it should not be legislated for sale to the public:

Charlotte’s Web is not THC-free. As of this writing, its makers are not capable of producing a THC-free substance — and won’t be anytime soon. This is especially troubling because THC has been found to be a pro-convulsant. In other words, a child who receives more than trace amounts of THC regularly could experience more convulsions or suffer long-term damage to his/her brain development.

That’s why it’s misguided, even dangerous, for state lawmakers to make claims such as this one from North Carolina state Rep. Pat McElreft: “But it’s very low on THC — less than 0.3 percent. You can drink a whole bottle of it and never get high.”

Because the makers of Charlotte’s Web cannot consistently guarantee their substance’s contents or produce a pharmacy-grade, purified oil, it is highly unsuitable for responsible medical research. Because the contents of Charlotte’s Web aren’t exactly known, there is no guarantee of the oil’s consistency in quality. That means the substance fails to meet even the basic standards required of any substance that would — or should — earn the title “medicine” in the United States.

Not every child with intractable epilepsy is responding favorably to Charlotte’s Web. Unfortunately, news reports and legislative hearings focus pretty much only on success stories. Sadly, we hear very little about the dashed hopes of many families whose children are not responding to the substance. Many of these families may have uprooted themselves from their home states, leaving behind a family-and-friend network of support, treating neurologists, jobs and medical insurance coverage.  And because Charlotte’s Web is not subjected to the rigors of responsible, peer-reviewed pharmaceutical development, no one can say with certainty what the drug’s efficacy actually is.

The makers of Charlotte’s Web say they want to conduct research of their drug — in Uruguay. This alone should make Americans stop to question seriously what is going on here. Why are these drug producers wanting to test their substance outside the U.S.? I cannot say for sure — but I do know they could conduct research right here in our country, one of the world’s best places to do work of this nature, if they could produce a pharmacy-grade product. There are also serious ethical concerns about making other countries’ citizens serve as our nation’s research subjects.

Which brings me to GW Pharmaceuticals, the maker of a purified — meaning essentially THC-free — pharmacy-grade CBD oil called Epidiolex. GW is working in compliance with federal law and the rigors of responsible science — and it is operating about 20 test sites for Epidiolex at major American research centers and universities. (GW’s work, which has been conducted on cannabis for 16 years, once again demonstrates that research can happen — and is happening — with cannabis, a Schedule 1 drug.)

GW Pharmaceuticals can tell us exactly what is in the drug it makes. Because it is operating within the bounds of federal law, once it is approved by the FDA, Epidiolex can be distributed to children and reimbursed by various private and public insurance plans — which is not true for those who receive Charlotte’s Web. GW Pharmaceuticals even is giving away the substance to children who qualify for its research studies. I encourage people to read more about GW’s Epidiolex program.

The company is tracking outcomes very closely — as it is required to do by federal law. Though positive findings are significant, GW Pharmaceuticals officials also report that not every child is responding to the substance.

“We are pleased to report preliminary data on Epidiolex, which provides promising signals of efficacy in children with treatment-resistant epilepsy, including patients with Dravet syndrome,” stated Justin Gover, GW’s chief executive officer, in a recent press release. “It is noteworthy that, of the patients who have responded to Epidiolex, a high proportion show a reduction in seizure frequency of greater than 50 percent, and a portion of these patients were reported to be seizure-free at the end of 12 weeks of treatment.”

Then there is Insys Therapeutics, Inc., which is making a synthetic CBD oil and is also going about the drug-development process the responsible way. From a statement the company issued in May about its plans to advance development of its product, an “over 99 percent pure form of Cannabidiol to treat epilepsy in children and adults.

“Insys has engaged a large international Clinical Research Organization to provide development and regulatory services and has hired Mark Davis as Senior Clinical Director to oversee this program.

“Insys plans to file an Investigational New Drug (IND) application with the Food and Drug Administration (FDA) in the second half of 2014 for CBD for the treatment of epilepsy. In pediatrics, Insys plans to pursue development of treatments for Lennox-Gastaut Syndrome and Dravet Syndrome, which are orphan indications.”

GW and Insys are approaching the development of medications using the safest, most responsible processes  — and Americans deserve nothing less.

Which brings me to the U.S. Food and Drug Administration. GW Pharmaceuticals should receive a “breakthrough status” as soon as possible — and if citizens and local, state and federal lawmakers really want to be helpful, it is the FDA they should be engaging directly and immediately. This new status may help Epidiolex be approved by the FDA more quickly, allowing even more children to receive the drug — again, a THC-free, pharmacy-grade substance — to see if it works for them.

The FDA should take a more active role in speeding this particular drug — and other CBD-oil products shown through the rigorous standards of responsible, ethical science to have efficacy — to market because real medicine is real compassion, too.

Anything less is a poor — and perhaps even dangerous — substitute.

Dr. Christian Thurstone is a world-recognized associate professor of psychiatry at the University of Colorado Denver. He is board-certified in general, child and adolescent and addictions psychiatry. You can read more about him here.

Editor’s Note: Recently, the Epilepsy Foundation and Epilepsy Therapy Project presented a discussion about clinical-stage drugs centered on the treatment of epilepsy. Among the speakers is Alice Mead of GW Pharmaceuticals (appearing at 23:51 to discuss Epidiolex) and Paige Figi of the Realm of Caring Foundation (appearing 2:00:57 to discuss Charlotte’s Web). Should you not be able to view the video embedded below, please head to the conference’s website, and look for the video titled “Day 2, Session VIII.” This video also features executives from other pharmaceutical companies that, like GW Pharmaceuticals and Insys Therapeutics, are working within the bounds of responsible science and the law to develop treatments for epilepsy.