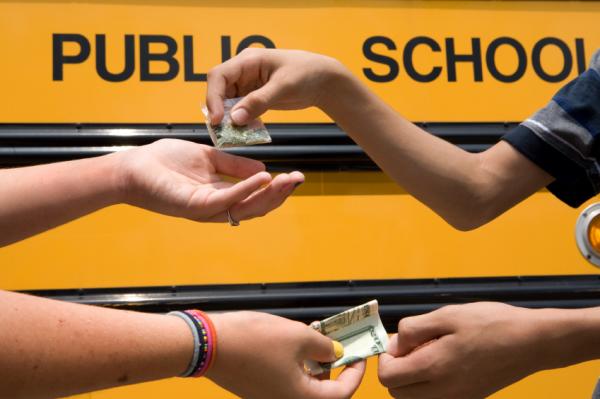 Though the hard numbers for the 2013-14 academic year aren’t in, officials with the Colorado Department of Education (CDE) say the state’s schools are reporting “a sharp rise” in marijuana-related troubles for students.

“Marijuana is the only thing anyone attributes to the problems we’re seeing,” said Janelle Krueger, program manager for the CDE’s Expelled and At-Risk Student Services and a longtime adviser to the Colorado Association of School Resource Officers.

But get this: while Colorado educators, school nurses, school resource officers and other credible professionals working directly with students say marijuana is the source of growing problems on campus, they can’t isolate the drug’s impact. Why? Because marijuana-related offenses are lumped into a category that includes data involving other substances, such as cocaine, heroin and prescription drugs.

It’s time for that to change.

The impacts of alcohol and tobacco on Colorado schools are tracked individually — and marijuana now must join them with its own category. Though the marijuana industry routinely fights the collection of data regarding student weed use — and, let’s not kid ourselves, would fight tooth and nail to ensure these Colorado marijuana data remain obscured — this is one of those times when pro-legalization supporters must be reminded that they’re the ones who insist marijuana be treated just like alcohol.

What will it take to make this important shift in reporting marijuana data? A change in state statute is ideal because anything less would make the reporting of such data by individual Colorado school districts voluntary, Krueger said. “State statute requires schools to collect data, but not in a way where the picture of marijuana’s impact on students is as complete as it could be,” she said.

Nevertheless, the picture that is coming together of Colorado kids’ problems with pot isn’t pretty. Take a look at the graph below. Here are some things to note about it: 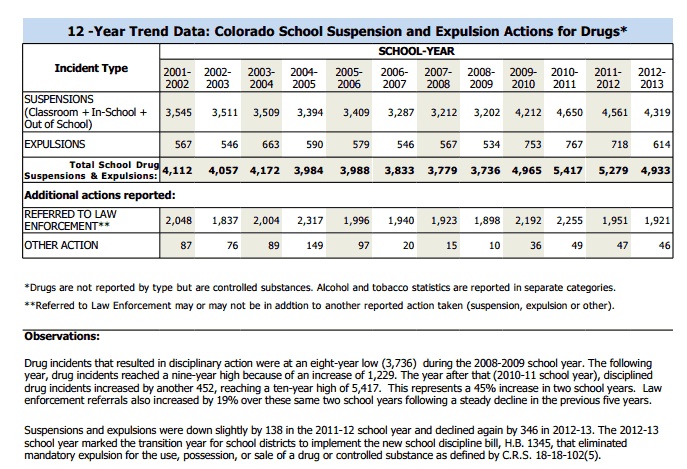 Head to SmartColorado.org to contact your elected state officials. Ask them to sponsor legislation that would make it easier for Colorado to identify marijuana’s impact on our state’s students and schools.

‘The Big Deal’ about marijuana

Colorado, you’ve got a lot of parents who like to get high with their kids.

Christine Tatum is a former staff writer for the Chicago Tribune and The Denver Post. Read more about her here.