As Colorado lurches into the world of legal, recreational marijuana, addiction-treatment physicians like me are gearing up for more patients and working quickly to implement and expand effective treatment programs.

I am pleased to announce that I am part of a team that recently received a grant of $425,000 from The Daniels Fund to implement a protocol, called Encompass, in the substance treatment clinic I serve as medical director. Patient referrals to this clinic have tripled since 2009, the start of the boom of marijuana dispensaries in Colorado.

Encompass is the only evidence-based treatment program we know of in the United States that integrates care for psychiatric and substance-use disorders in adolescents and young adults. This integrated approach to healthcare — which is in practice in several other states — is critically important because 80 percent of teens in substance treatment have co-occurring mental health problems, such as depression and anxiety, according to the Cannabis Youth Treatment Study (M Dennis, 2004).

It is very difficult for these young people to get clean when they have an untreated, major psychiatric disorder. 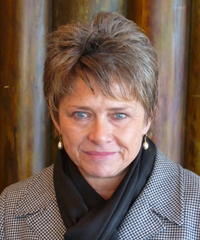 Encompass is based on nearly 20 years of clinical research conducted at the University of Colorado Denver, and it has been developed by a team of mental health experts on which I am honored to work. Our leader is Dr. Paula Riggs, a professor of psychiatry at the University of Colorado Denver. Paula’s profound commitment to helping young people overcome addiction is firmly rooted in decades of evidence-based science outlined here, on her professional bio. She also serves on the board of Smart Approaches to Marijuana (Project SAM), a national initiative that advocates for sensible reforms of marijuana laws that stop short of legalizing the drug.

I invite you to learn more about Encompass, including its:

Training for Encompass practitioners and team members is underway. The program should be fully functional within my clinic before the start of Colorado’s 2013-14 school year.

To learn more about Encompass and determine whether the program should be launched in your community, please contact Dr. Riggs and the Encompass team.