Marijuana no treatment for PTSD 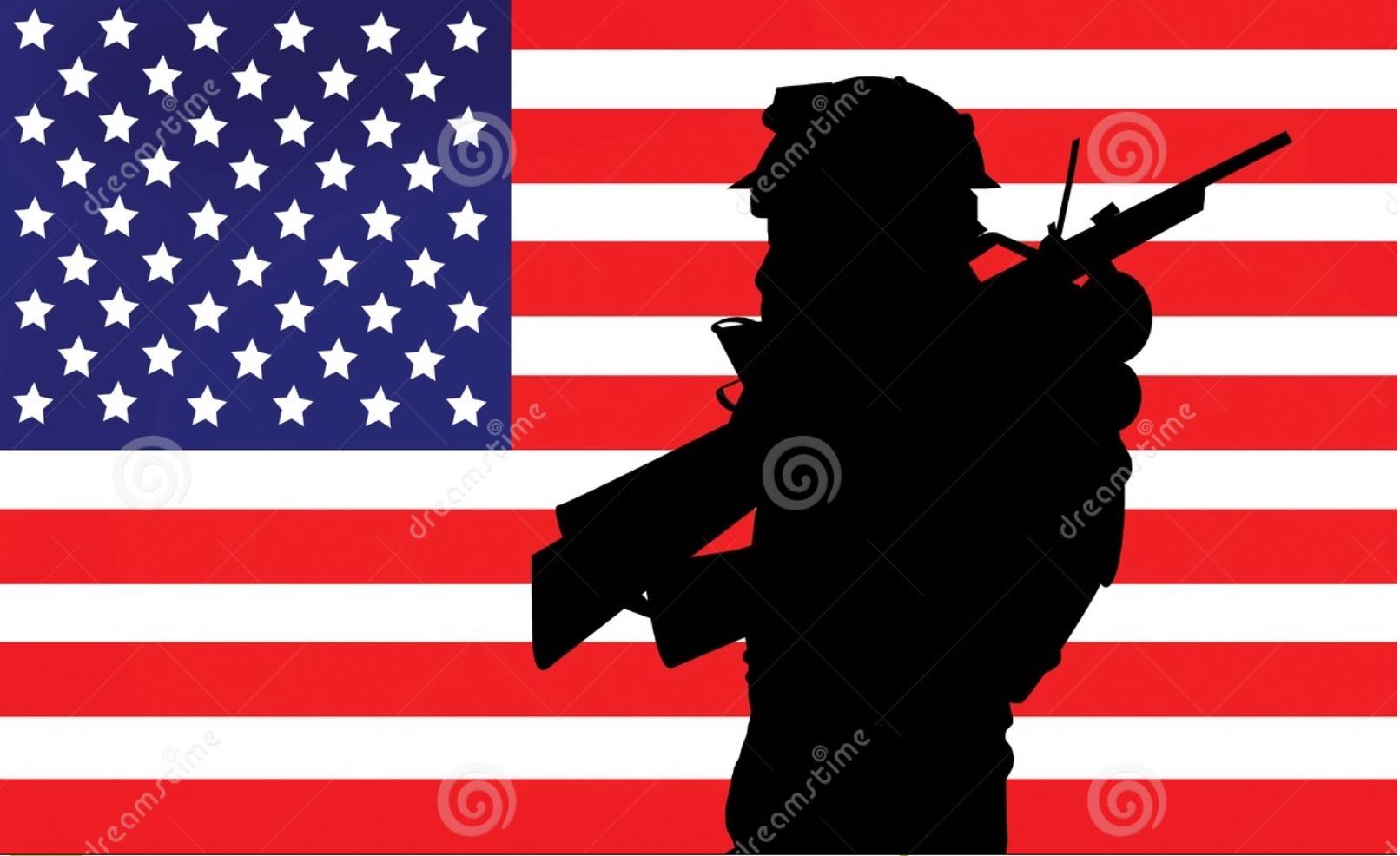 I joined the U.S. Army in 2012 at age 42 largely because I am a psychiatrist who wants our active-duty and veteran service members and their families to receive the mental healthcare they need and deserve. I continue to serve and was deployed to the Middle East in the Fall of 2014. Those four months yielded incredibly valuable professional experience that allowed me to see firsthand why our soldiers deserve nothing less than the world’s best healthcare — which must be firmly rooted in evidence-based science.

When I returned to Colorado in December, I learned from my psychiatrist colleagues more about the battles they’d been fighting here at home in my absence. The marijuana industry is well organized and well funded. It buys media and is effective at essentially buying public policy — as concerned psychiatrists nationwide have noted for many months in the face of marijuana-legalization advocates’ aggressive campaigns pushing state and federal lawmakers and political appointees to approve the use of marijuana for the treatment of Post-Traumatic Stress Disorder, or PTSD.

There are no controlled trials showing that marijuana is safe and effective for PTSD, and some research shows that the drug actually may worsen symptoms.  Still more research evaluating marijuana’s effects on the treatment of PTSD is just starting here in Colorado — which is all the more reason for officials with the Colorado Department of Public Health and the Environment (CDPHE), the Colorado Board of Health and state lawmakers to reserve judgment about marijuana’s efficacy until that work is complete and also evaluated within the larger context of the world body of medical literature by professionals with appropriate formal training and expertise to do so. Not every physician is qualified to treat PTSD — or to make judgments about the illness, research of it and the efficacy of approaches and substances to treat it.

Despite current science and indications that marijuana use even may cause more harm to people struggling with PTSD, efforts to add this serious mental health problem to Colorado’s list of qualifying medical conditions for state-sanctioned marijuana use continues to wind through the system in a couple of ways. One is through the state legislature in the form of a bill. Another is a recommendation moving from the CDPHE to the state’s full Board of Health, which is expected to hear the issue sometime this Fall. The push is also happening in Congress, where a Senate committee this week backed a measure that would let physicians within the VA recommend marijuana for “everything from back pain to depression to flashbacks,” according to The Washington Post.

I stand with the American Psychiatric Association, the American Society of Addiction Medicine and The Colorado Psychiatric Society — organizations representing the physicians who are our nation’s most qualified to treat PTSD: marijuana should not be used to treat this illness.

For anyone researching this subject, I recommend the following resources for consideration:

The U.S. Department of Veterans Affairs’ National Center for PTSD: The center confirms that there is no evidence at this time that marijuana use is an effective treatment for PTSD, and it also notes that most assertions of the drug’s efficacy come from anecdotal stories rather than from reputable research. “The percentage of Veterans in (the V.A. system) with PTSD and (Substance Use Disorder) who were diagnosed with cannabis use disorder increased from 13 percent in fiscal year 2002 to 22.7 percent in fiscal year 2014. As of fiscal year 2014, there are more than 40,000 Veterans with PTSD and SUD seen in (the) VA (who are) diagnosed with cannabis use disorder.”

The Vermont Agency of Human Services Department of Health: The State of Vermont rejected political efforts to add PTSD to the list of “qualifying conditions” for state-sanctioned use of marijuana. In January 2015, the department reported:
“Marijuana is not an evidence-based treatment for PTSD and in fact has been shown to interfere with otherwise effective, evidence-based cognitive behavioral therapy protocols. Individuals with diagnosed PTSD who request medical marijuana typically have extensive additional lifetime and current substance abuse disorders. Recent reports suggest even non-dependent ‘recreational’ marijuana use among young adults has been shown to adversely and likely permanently affect brain structures which can lead to detrimental later outcomes (e.g. more illicit drug use, early onset memory problems, lowered IQ, less educational attainment, etc.). Furthermore, adult onset of marijuana use among PTSD patients is associated with poorer treatment outcomes in a dose response manner – the higher the dose, the worse the outcomes. Any possible minor short term benefit may be offset by both less effective evidence-based treatment outcomes for PTSD as well as potential long term serious structural and behavioral harm.” Please review this copy of the full report.

The American Psychiatric Association: After reviewing the medical literature, the APA released a position statement: “Because of the lack of any credible studies demonstrating clinical effectiveness, the APA cannot endorse the use of medical marijuana for the treatment of post-traumatic stress disorder (PTSD). The Council on Research and Quality Care reviewed available evidence regarding the use of marijuana in the treatment of PTSD and concluded that no published evidence of sufficient quality exists in the medical literature to support the practice.” Please review this copy of the statement, which includes research citations.

The Colorado Psychiatric Society: The Society strongly opposes Colorado House Bill 14-1364, which, if ultimately approved, would add PTSD to the list of medical conditions qualifying for state-sanctioned marijuana use. Dr. Doris Gunderson, a past president of the Society, has told lawmakers that marijuana, a psychoactive drug, contains hundreds of ingredients, and that giving it to a person with PTSD is “like crushing 15 kinds of antidepressants and dispensing them.”
The Society also notes that this decision is inappropriate for the legislature to make. Additionally, it lists several problems with the proposed bill. Among them:

Please review this copy of the Society’s full statement.

  “Marijuana Use is Associated with Worse Outcomes in Symptom Severity and Violent Behavior in Patients with PTSD” Samuel T. Wilkinson, M.D.; Elina Stefanovics, Ph.D.; Robert A. Rosenheck, M.D., Yale University School of Medicine, 2014. This is a longitudinal, observational study of 2,276 veterans admitted with PTSD to VA treatment programs. After adjusting for relative baseline covariates, “marijuana use was significantly associated with worse outcomes in PTSD symptom severity, violent behavior and measures of alcohol and drug use … Marijuana may actually worsen PTSD symptoms and nullify the benefits of specialized, intensive treatment. Cessation or prevention of use may be an important goal of treatment.”

“As it is, we find it shocking that Colorado’s medical marijuana system dispenses the drug like alcohol, not medicine,” said Bob Doyle, co-director of the nonprofit group Smart Approaches to Marijuana, which I serve as a science advisor.  “Why would we want to include PTSD in a system that has no medical protocols and isn’t following FDA-approved standards? The very least this state could do is honor established and accepted patient protocols.”

This May, as we celebrate advances in mental health under the banner of “Mental Health Awareness Month” and also observe another Memorial Day in remembrance of the service members who gave their lives for our country, we Americans have a lot of soul-searching to do. Psychiatry is a rigorous medical specialty — just as are surgery, radiology and pediatrics — that is rooted in strong science and evidence-based treatments.  Mental health is every bit as important as physical health, and we should demand only those treatments that have proven themselves safe and effective — proof that comes not from individual stories and anecdotes but from extensive, expert and ethically conducted research. Marijuana in any form fails to meet the basic and vitally important standards of safety and efficacy — and promoting it is akin to championing the use of the leeches, frontal lobotomies and insulin shock therapy of yesteryears.

It’s even more tragic to promote such treatments to our service members and veterans — especially through industry-driven, political maneuvers that are packaged in patriotism and obviously operating outside the bounds of the world’s best medicine. Yet that is what is happening in our country — and, specifically, in Colorado. If we’re genuinely concerned about the mental health of our service members and veterans, we should demand nothing less than easy, affordable access to the psychotherapies and pharmacotherapies that have proven to be safe and effective — and we should reject marijuana until it meets those standards.

Dr. Christian Thurstone is an associate professor of psychiatry at the University of Colorado Denver, where he conducts research on adolescent substance use and addiction and serves as director of medical training for the university’s addiction psychiatry fellowship program. He is honored to serve as ab Army Reserves officer, treating American service members who need mental healthcare. Read more about him here.