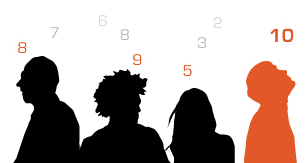 I hope you’ll read this great story for yourself. It chronicles how Lincoln High School, located in, yes, Walla Walla, radically changed its approach to student discipline and watched suspension rates drop by a whopping 85 percent.

First, my hat is off to Jim Sporleder, the school’s principal. As you’ll read, he asked for a job a lot of educators wouldn’t. He wanted to work with some of the most troubled kids in his community. This 25-year veteran educator was known for his ability to connect with kids and for preaching an approach to problem students that he summed up as “discipline with dignity.”

What I really admire is that Mr. Sporleder not only was open to hearing from a scientist that his philosophy was off track and ineffective, he became determined to change, to do something different, to admit that what he’d believed and espoused needed to be reconsidered. That’s a big deal. That’s the sort of open-mindedness we should all strive to have when working to solve problems.

Second, I’m delighted this report explains the Center for Disease Control’s Adverse Childhood Experiences Study (ACE). This is research that deserves far more attention and should be aggressively learned and implemented in educational settings. The ACE Study shows strong links between childhood toxic stress and chronic diseases people develop in adulthood, such as addiction, autoimmune problems, depression and diabetes. The ACE Study measures 10 common types of childhood trauma. As the story notes:

The higher a child’s ACE score, the higher his or her risk of developing health and social problems.

Third, this report also does a nice job of explaining why toxic stress has terrible, long-term consequences: it physically damages a child’s developing brain.